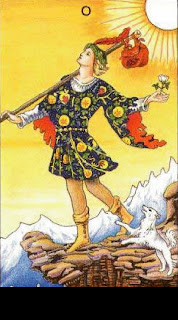 It’s common knowledge that I wear the Fool’s clothing – I don’t know to say ‘proudly,’ but it is without shame.  It is also commonly known that, despite my brash demeanor, I’m really too sensitive for my own being.

Deflection - verb - to bend or turn aside; turn from a true course or a straight line.  To swerve.

There was a conversation recently between myself and someone I’ve gotten to know moderately well in this past year.  When I doubted something Mark said to me, he replied with “But… you know me, Kymberlie.”
“I’ll tell you what I know:  Just when I think I know someone, I find out just how wrong I was.”
Almost two years ago, when I began working on my memoirs and digging into my past, my foray led me to one of my exes.  I had many relations before being married, but few relationships.  Keith was one of the ships.  We’d sort of stayed friends, then lost touch when I moved and married, but now we were becoming friends again.  This made me happy.
Then, a year ago, he met a girl.  I met said Girl, and she was a lovely person.  Keith was happy, and again, this made me happy.  Then, suddenly, he disappeared.  I called, texted, emailed.  Even sent a Christmas card, and a gift too.  Apparently I was as clueless as an elf who thinks she can fly like a reindeer.
Coincidentally, a month after having met Girl, I happened to post about women who don’t let their men socialize with other women.
Do you see where this is going?  ‘Cause I sure as hell didn’t.
Finally, the other day, I texted him and said “So, it’s been a year since we hung out, do you want to get together and catch up on stuff?”  The reply I get back: “I’ll get back to u in the morning.”  To which I think, “wtf kind of answer is that?”  And of course, no reply came in the morning.  Two days later, I sent an email asking what was up, and why did this feel like a shunning of some sort?
“I was pretty upset with your blog that you posted a month or so after the four of us had lunch. I can't remember the details, but it was pretty melodramatic and implied that my girlfriend wasn't happy with or wouldn't let me hang out with you. It all just made me realize how much unnecessary drama I had in my life. I frankly don't want to hang out with you because of all the drama and negativity. I'm sorry to be so blunt, but I feel that I'm backed into a corner at this point.”
We all have our hot buttons – something that really fuels our anger and makes us lash out.  Being misunderstood is mine.  I put a lot of effort, on paper, onscreen, and face to face in being as clear and as honest as I can.  I may not always speak out directly about something rumbling around in my brain, but if asked, a forthright answer will be given.  A pattern has emerged lately that I seem to be in a trough of some sort that everyone wants to shovel their own perceptions of things they think I’ve said like piles of manure on my head.
In other words, they want to dump their crap on me.
For someone who is so anti-drama, Keith sure built some up in his head for a year.  But what hurts the most is that he never even asked.  He tried and convicted me without any consideration whatsoever.  It’s a searing hurt that leaves me feeling the failure.
My friends are the gold in my life.  Each one, no matter how big or small their role, is valuable in some way or another.  When one doesn’t show me the respect I try so hard to give, it’s a sucker-punch to the gut.  And I’ve been socked a good one an awful lot lately, it seems.
Lisa still isn’t talking to me, because she thinks I called her an idiot.  I guess that’s worth tossing 32 years of friendship to the wayside – not worth a return call, note, any kind of response at all.  If her intent was to belittle me in supposed return, she gets the blue ribbon prize.  I’m tired of apologizing to her for things I didn’t say.  But it’s all perception, and you just can’t fuck with perception.
‘Round and ‘round, the way things go.  It’s very hard to tell the real thing from it’s pyrite counterpart, but sooner or later the shine will show the truth.  In the meantime I’ll wake up tomorrow, place my jester’s hat upon my red hair, and play the fool for another day.
It won’t be until day’s end that I will wonder… who’s playing?

Posted by Kymberlie ~ WriterOfTheStorm.com at 12:57 AM